On May 21, 2012February 2, 2019
by dawnsworkathome
in Uncategorized
Comments Off on London Prepares for Remote Working

As London prepares to receive the Olympic torch, the capital’s businesses are preparing to put business practises in place which should help to ensure that commerce and public transport will not grind to a halt during the games.

London’s top financial firms, particularly those based in East London have been encouraged by the Cabinet to implement remote and flexible working practises to alleviate travel congestion during the Olympics. The transport network is expected to be flooded with excited tourists, so to ensure that businesses continue to function over the summer, many are implementing new work procedures including remote working, staggered starting times and flexi-time.

The transport authorities in London want to reduce the number of commuters using public transportation during the Games by 30 per cent. They hope this will help to ensure that the transport network can cope with the massive influx of visitors. It means more remote working and altered shift patterns for many of London’s professionals. Companies based in Canary Wharf are likely to be most impacted, as it is just three miles from the Olympic Park.

Image: bark
But it’s not just financial firms who are gearing up – many civil servants are also being encouraged to work remotely during the games. It led to the Daily Mail accusing civil servants of receiving “a gold medal for skiving” for being allowed to telecommute for the summer. There were also concerns from some business leaders about the amount of useful work which can be done by civil servants under the policy.

Despite the evidence that remote working can boost productivity for many individuals, many are sceptical about it, concerned that it will have a negative impact on the country. Research by the Trade Union Congress has found that there’s been a 25 per cent increase in the number of people working from home over the last ten years, to 3.8 million.

The TUC has been urging business to trial new working practises including flexi-time, remote working and working from home. The research also revealed that 20 per cent of those who are not permitted to work from home would like to do so. Despite technological advances and the evidence that remote working is more productive, employers are still reluctant in trusting their workers.

The Olympics is a great opportunity for employers in the capital to implement flexible and remote working practises. Specially designed hardware and software is available to allow managers to accurately monitor home workers, as well as to communicate with the team and provide access to up-to-date documents and data.

Alan Cairns writes on a number of subjects including project management and mobile workforce management. 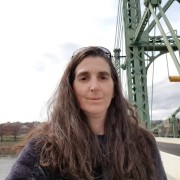 Keep in mind that we may receive commissions when you click our links and make purchases. However, this does not impact our reviews and comparisons. We try our best to keep things fair and balanced, in order to help you make the best choice for you.

A Little About Us

We first started in 2007 but didn't take blogging seriously until recently. This was originally started just to prevent people from being scammed online and to learn from my mistakes. It has since become our goal to make this blog more for you, our readers.

We are a participant in the Amazon Services LLC Associates Program, an affiliate advertising program designed to provide a means for us to earn fees by linking to Amazon.com and affiliated sites.

We love this site

I am not affiliated with them but they are great for printing needs for events, birthdays and more!
Paperless Post

We use cookies to ensure that we give you the best experience on our website. If you continue to use this site we will assume that you are happy with it.OkNoPrivacy policy